Temp-controlled fan wall for my SuperMicro 846

TL;DR; you can rig up temp controlled fans, they will kick in, they will help with temps. I am not sure this is the path I would go if I did not have these parts laying around.

Decided to finish an idea I had, which is to build a portable fan wall that I can attach to a chassis if I feel it needs extra cooling. As summer rolls around, we’re experiencing 90*F+ this week and I thought now is a good time to do this. Part of my inspiration is driven by our AC breaking… and our home hitting 90*F.

I run a nearly full SuperMicro 846 hotswap chassis where I’ve replaced stock fans with 3 120mm fans for the midwall and 2 80mm fans for exhaust. This leaves a size-able airflow deficit that this chassis expects which becomes more apparent when ambient room temperatures rise. But I enjoy my good hearing and want it to remain… so let’s throw quiet fans at the problem.

The parts I’m using are: 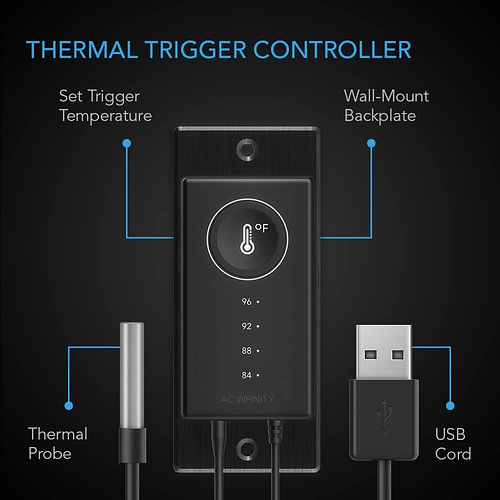 This device is pretty neat. I first used it when cooling one of my media centers and then when I moved things around I stopped using it… until today. The default thermal temperatures that trigger are pretty ideal for my use-case; I want to throttle on fans when the ambient temperature hits ~90*F. The trigger has a few settings including always-on or when temperature exceed 84, 88, 92, or 96*F respectively.

This thing has minimal power needs (0.6 W) and can control up to 6 fans daisy-chained. 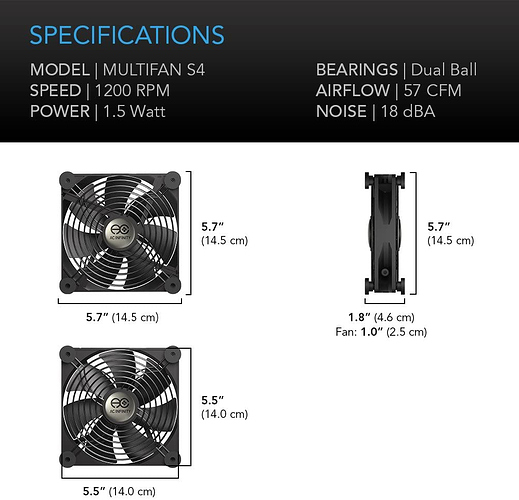 image1000×962 128 KB
Using three of these, daisy-chained, controlled and powered by the The Trigger. I like these fans because they come with metal guards on them which, imho, justify the marginal price increase over a naked 140MM fan, like an Arctic P14, and they run whisper quiet at full speed. I also like that these fans can be individually controlled on how “fast” you want them running at, which is ideal once you figure out the airflow needs. I run mine on medium. 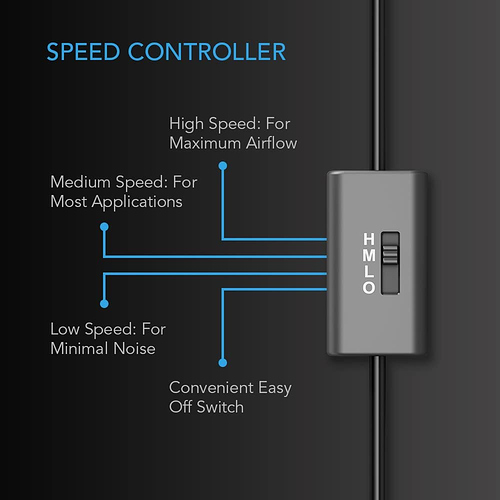 I have the thermal sensor draped along the chassis and then positioned a few inches off the back of the chassis, right around the 80mm exhaust fans. The sheer amount of air being pushed out of the 80mm fans may very well change the sensors reading but I felt this was OK. In practice, the fans kick in when it “feels hot” in the room and they seem to turn off after a little bit. This isn’t science per se but the temps internally drop when the fans kick on and then fans will eventually turn themselves off… making a self-sufficient solution to my heat problem. 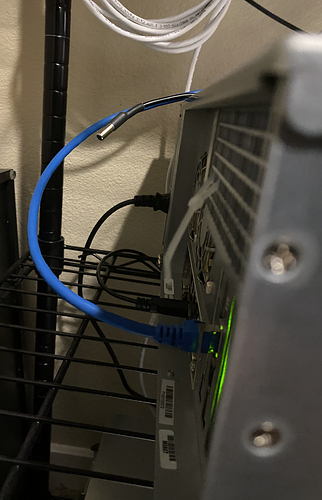 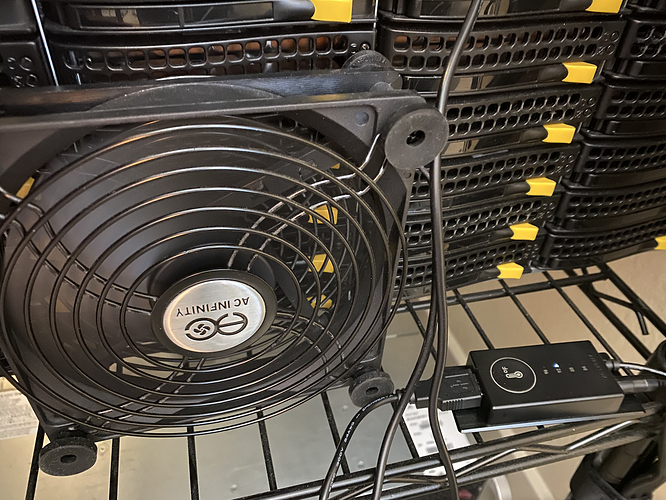 The front fans aren’t linked up yet… waiting on 2 more of the infinity fans to arrive from the store. Next up, I’ll zip tie the three together and then make a small hook on both sides so I can “hang” the fans on the chassis.

2 new 140mm AC Infinity fans arrived today. They have a different style than the previous model that I had but are similar enough. For the sake of testing things out, I zipped the three together. One observation now that I have all three together is that there is a lot of cabling to deal with. These are not designed to be put together like this. But for now, I’ve moved the cable to the side to poorly mount the fan-wall onto the chassis. 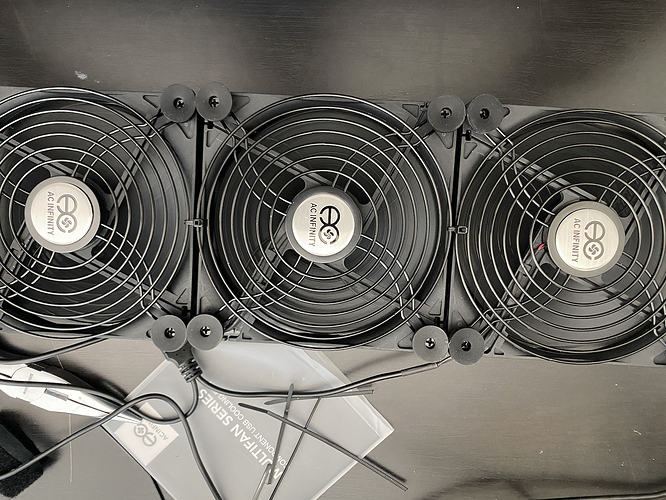 I attached the sensor control to the side of the chassis. I think I would move this to just attach to the wall of fans itself if I end up keeping it. 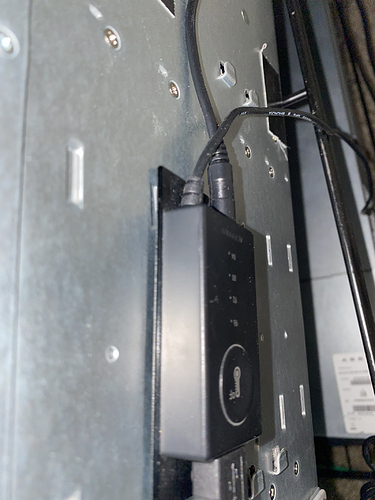 I made a video of it running:

Sample of half of the drives, in various positions in the chassis, before I forced on the fan-wall:

I changed my testing methodology, or lack thereof, to have the fans temp controlled because the forced air on wasn’t making a change. I think the drives are pretty close to their resting temperature with the ambient temperature in the room hovering around 75*F. Closing up the entire closet eventually triggers the fans and the drives move up a few degrees but mostly stabilize. So I think the fans work. But part of this experiment may not have the payday I was hoping for given we run our AC to maintain around 70-75*F in our place.

As of now, I’ll leave the wall of fans in place and see what happens. This end my hacky journey.

This is a cool idea! Looking forward to seeing more pics when the other fans arrive. Thanks for sharing.