Trying to update my network to be in a better rackmount stack. While not needed I wanted to ditch my hp290 and go with a modern pfsense/opnsense build that fit in a 1u mount.

I really liked how the modern Barracuda units looked with the front IO in the center with it’s own panel that would allow me to swap it easier in the future.

I then found this video that was showing that the web security gateway 410 had a i7-6700 inside. 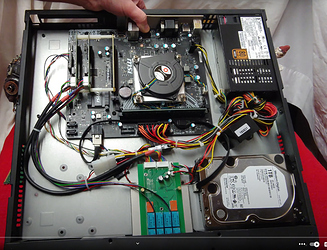 image2630×2005 1.34 MB
Between that and a couple other images and the motherboard being an MSI H110M EC0-S01 This seemed confirmed. However, it seems almost impossible to find one of these under $200 and most are in the EU.

It also seems like the web security gateway 310 has a G3900, however I’ve only seen one sold and it was marked up as it was already targeted at pfsense. I couldn’t find any internal photos.

While both of these options weren’t available the next step down was the web filter 410. There seems to be two slightly different versions of this, one with the g3900 paired with the same MSI H110M EC0-S01 motherboard as the security gateway. This would be great to use almost instantly use as a router despite being slightly older than the hp290. 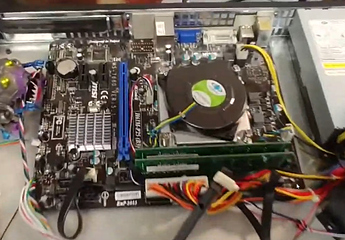 image2001×1396 602 KB
This is slightly too old to be useable right away but you can still find systems to gut as a nice case.

The easiest I’ve found to identify these are by rear motherboard connectors.
Older (2nd?) gen: 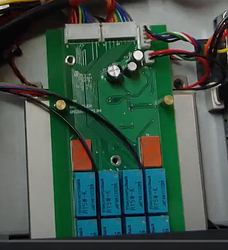 image495×541 84.4 KB
The front IO is a bit weird for all of these units. As the web filter is designed to sit between the firewall and switch this board is a relay that when the filter is powered off the wan and lan ports will be directly connected and passed through. I currently plan to just rip out this middle plate and modify it to fit 4-6 keystone jacks.

PSU:
Some of the units might have a 20 pin main power connector I’m not exactly sure yet as it seems hit or miss. My guess so far is that all the newer model ones (see weird numbering) that have a psu fan on back have all 24 pins. Luckily this does look pretty close to the standard supermicro PSUs if you want to upgrade it later.

image550×592 119 KB
These all seem to have the same nic setup with dual 1 single port nics with internal connectors that go to the front IO board with LEDs. These take up both of the x1 slots in the motherboard and use the x16 port for stability. No idea on the specs with these and I’ll maybe check if I can use them before gutting it.

These all seem to have the same low profile cooler. While not fancy I think it would work on newer boards except LGA1700 as they’re listed as LGA115*/LGA1200. Seems to be the dynatron k6 or similar.

Weird numbering:
There’s multiple versions of the 410 and related units despite being different hardware, I would only go for the ones with the curved front bezel and the confirmed motherboard on back.
Within the curved version there’s even two versions with the flat logo being slightly newer. It looks like all 6th gen are in the newer chassis but the newer chassis still have a mix of old/new internals. I would hope the newer ones also had a newer processor than 2nd gen but there’s no visible usb 3.0 that is common on 4th gen or newer. So far the lowest ending serial number I’ve found on 6th gen is 958830. Once I have bought one of the newer but not 6th gen chassis I’ll update this section some
Newer:

The following assume you have a Nic and Boot drive already

After talking with Eph it might be much cheaper to transplant the guts of an hp290 into a chassis. However the custom forum factor and PSU don’t make it easy. I’ll maybe see once mine comes in if there’s any chance.

The next best option is reusing the CPU/Ram and just buying another motherboard for $50-60. We found a nice Asus one for $55 that seems to fit the bill and as a bonus has two nvme slots that would allow dual optane drives for booting. This would put it in roughly the same cost category as getting the used g3900 combo.

I’ll be waiting until my chassis gets in then I’ll be deciding what internals I’ll be adding soon.